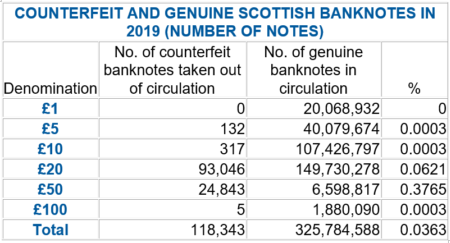 At 118,343 the number of counterfeit notes discovered and removed from circulation increased during 2019. Chart 1 shows comparative figures for 2014 to 2019.  The reduction in both £5 and £10 notes discovered is the result of a change to polymer notes. 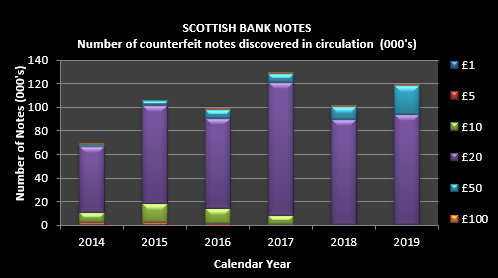 Figures include counterfeits of both current and old series notes.  For the £5 & £10, these were discoveries of counterfeits paper banknotes which are no longer legal currency. 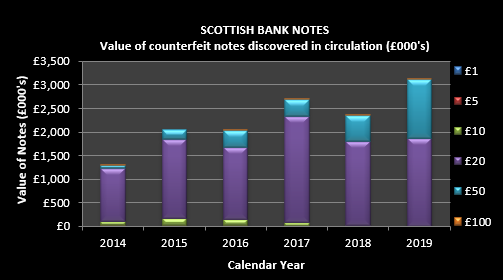